Have you ever taken a close look at casino dice? You know, those little red things that are used in that loud, raucous, and confusing game of craps. They almost all have the casinos’ name and/or a logo of some kind on them. Like chips, this is what makes dice highly collectable. Unlike chips, not many people know about casino dice. My mission then, is to help you all discover the intricacies of collecting casino dice.

My name is Jeff Laudeman. Many people know me as The Dice Man. I’ve been collecting casino dice for about seven years. Along the way, I have learned quite a bit about dice, craps, casinos and their histories. These articles will be an attempt to share my knowledge and passion and hopefully get more of you interested in collecting these peculiar red cubes.

Here are some interesting facts about casino dice:

First, a few terms so we can all be on the same wavelength. A die is one six-sided cube with markings called spots that represent the numbers one through six. Any more than one die are called dice. There are three main sizes of modern casino dice. They are: 5/8 inch, 11/16 inch, and 3/4 inch. There are many sizes in between these, but they are negligible.

Most casinos today prefer the bigger 3/4 inch dice because they are easier to see on the big crap tables in the casino. Another unexpected bonus is there is more room for logos on the bigger dice. A logo is anything from a picture (the MGM lion for example), to a saying (Live It Up! at the Plaza). There are also serial numbers on most casino dice. It is usually a three or four digit number found mainly on the six side. Serial numbers are used to distinguish each issue of dice. It is also used as a precaution against cheaters who would switch loaded dice into a game.

Another way casinos thwart dice cheats is by using key letters. A key letter is a letter underneath a spot of the dice. Usually found under the one, three, and five spots, you have to look through the dice to see it.

The red plastic dice that we know today were introduced sometime in the 1920s. These dice were very small. Smaller even than the 5/8 inch dice. Over the years the dice size grew until the 3/4 inch dice were used almost exclusively. This happened in the early 1950s. The material used to make transparent dice has also changed. The dice made from the 1920s to the 1950s were made from cellulose nitrate. Many of these dice have begun to crystallize. That is, the edges and corners turn yellow and harden to a crystallized state. In an extreme example, the entire die is crystallized and will crumble to yellow dust if squeezed. Sometime around 1950 the dice started to be made from cellulose acetate. This material holds up better to the stress put on the dice by throwing and has proven to stand the test of time.

There are three ways you will find casino dice. A single die, a pair of dice, or a stick. A stick is anything from two to six dice still in the packaging of the manufacturer. This can be a paper or foil wrapping, or a plastic case that sometimes has the casino name and maybe a date imprinted on the top of the case. Many times a single die was one that was accidentally thrown off the table and couldn’t be found. A passing tourist picks it up as a free souvenir. Many years ago the casinos started to drill a hole in the dice to sell them as key chains in the gift shop. This practice continues today. Other casinos just throw all their used dice into a bucket and you have to fish out a good pair. Still, other casinos don’t sell or give out their dice at all. Most dice sold in the gift shop cost no more than a couple of dollars.

My next few articles will address many issues connected with collecting casino dice. I will also answer any questions you may have. You can get in touch with me through the magazine, or directly via E-mail. My address is [email protected] Meanwhile, rummage through your junk drawer, gather up all your dice, and give me a call. I’ll buy ‘em all! 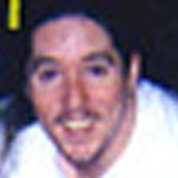 Why You Should Play Rainbow Riches Slots

What Happens to Your Brain When You Win at the Casino?