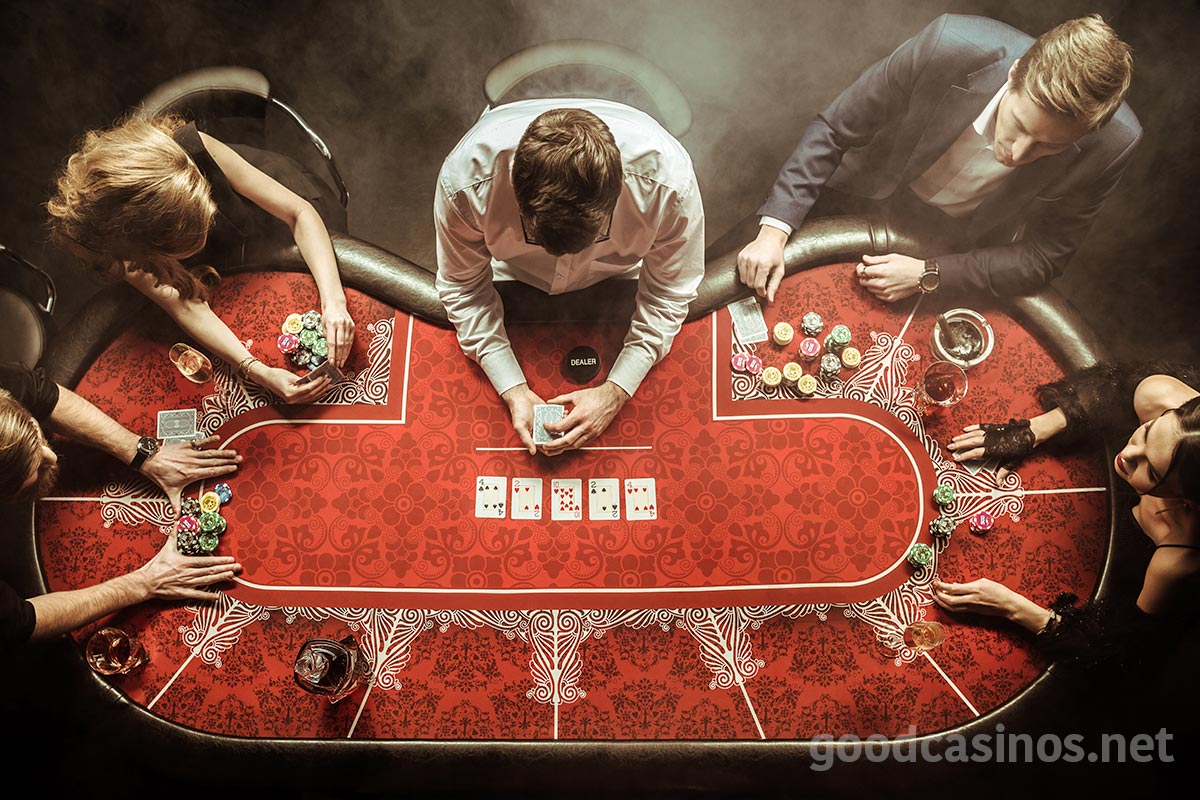 The basic game in the World series of poker Texas Hold’em is usually played between 2 and 10 people and is said to have been invented in the early 1900s.

Hugely popular in casinos across the globe most games start with two players to the left of the dealer placing out a predetermined amount of money so that there is an initial amount to get things started.

After the dealer shuffles the pack each player is dealt two cards face down. These are called your hole or pocket cards.
Bets are made and the fun starts. As with most games of poker, players can call, raise, or fold. After the betting round ends, the dealer discards the top card of the deck to prevent cheating.

The dealer then turns the next three cards face up on the table. These cards are called the flop. These are communal cards that anyone can. There is another round of betting starting with the player to the left of the dealer.

After the betting concludes, the dealer burns another card and flips one more onto the table. This is called the turn card for obvious reasons. Players can use this sixth card now to form a five card poker hand.

Often the bet size down changes at this point as the player to the left of the dealer begins another round of wagering.

Finally, the dealer burns a card and places a final card face up on the table. layers can now use any of the five cards on the table or the two cards in their pocket to form a five card poker hand.

There is one final round of betting starting once again with the player to the left of the dealer. After that, all of the players remaining in the game begin to reveal their hands in what is known as the showdown. Players use a combination of their pocket cards and the community cards to form a poker hand. The player who shows the best hand wins!

In the United States, they call it Caribbean stud poker but in the U.K and Europe, the same game is known as casino five card stud poker.

The basic rules on both sides of the Atlantic are the same with the exception of the payouts.

Casino five card stud is played against the house rather than against other players. There is no bluffing or other deception making many players believe its not really a form of poker.

Each player at the table places their ante bet to begin the game. It’s crucial that all ante wagers are placed before the dealer announces “No more bets”. Each player and the dealer will then receive 5 cards all face down. The dealer will turn over one of his cards, then push the cards toward the players, after which the players may look at their cards. They may only look at their own cards, and may not discuss what they have with any other player.

After analyzing the hand dealt each player has the option to play or fold. If they decide to play, they place their bets which will be twice the amount of their respective ante. If they choose to fold, they forfeit their ante. After all the players have made their decisions, the dealer reveals his hole cards. The dealer only plays with an ace or king or higher – the dealer then compares his cards to the players’ cards and the best poker hand wins.

Stud Poker comes in many different variations and describes card games where each player receives a mix of face-down and face-up cards dealt in multiple betting rounds.

Made up of two separate games Three Card Poker is another game gaining in popularity.

Players can choose to play either or indeed both of the games if they wish.

Firstly ‘Pairplus’ is simply where a player bets on the cards dealt with a payout for all hands of a pair or better. Therefore there isn’t really any skill involved. The player must then just keep their fingers crossed that the cards fall their way.

If the player decides to go for ante-and-play then he/she places an ante bet before receiving the cards. On seeing what’s been dealt the player can fold and lose the bet or alternatively raise by placing out a bet of equal money to the ante bet. There are three possible outcomes depending on the dealer’s hand and a bonus payout is available for especially good hands.

With regard to the origins of three card poker, there are references to the game going back many decades but the current casino version is said to have been invented by Derek Webb – a British poker player. Apparently, the variation owes its origins to other poker games. During a visit to the Casinos of Las Vegas Webb found some games slow and boring and so decided to initiate a faster more entertaining card game.

Three card poker is becoming a normal resident on online gambling sites at the moment as the game doesn’t necessarily need a great degree of skill but as it’s founder intended it’s quick, entertaining and potentially lucrative.